Davangere or the “Village of Lake” was ruled and administered by Hoysalas, Pandyas and Pallavas which later came to be ruled by the famous Tippu Sultan. This thriving land, recognized for its rich soil and cotton was created partitioning the Chitradurga, Shimoga and Bellary districts on the Independence day of 1997. Positioned on the National Highway 4, Davanagere, as a district includes the six Taluks of Davanagere, Harihar, Honnali, Channagiri, Harpanahalli and Jagalur. 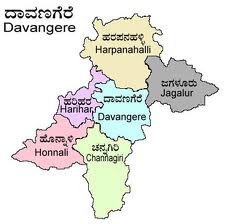 The Corporation of the city known as the “Manchester of Karnataka” however came into existence on the 6th of January 2007. The city which is placed at about 260kms from Bengaluru was previously a municipal corporation. The City Mayor post is reserved for women candidates belonging to the Scheduled Caste division and the Deputy Mayor positions are generally reserved for BCs and Minorities of the A category. 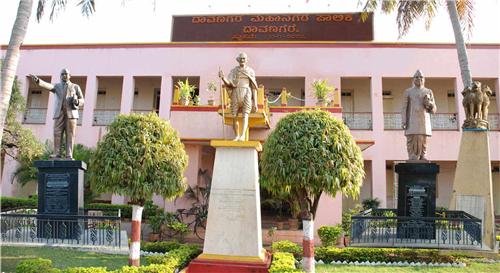 While the district of Davanagere comes under the Deputy Commissioner who takes care of the Revenue and Development together with General administration, the city which is divided into 41 wards, each administered by a Corporator, comes under the Mayor. The Mayor serves for a period of 1 year.

The Deputy Commissioner’s office comprises of varied departments that contribute to the overall revenue of the district and state.

Apart from the above, Davanagere comprises of Zilla Panchayat that serves to build and enhance infrastructural facilities including roads, water-ways, hospitals, educational institutions in rural areas. These Panchayats are headed by a Chief Executive officer who is holds an equivalent rank to that of the Deputy Commissioner. The Panchayat is split into the following divisions for better administration:
The Deputy Commissioner’s office offers grievance redressal through an array of sections that include Administration, Revenue, Election, Municipal, Judicial etc.

The Davanagere district police an organ of the Karnataka State Police, is the foremost establishment that controls law and order in the district and the city. Through their official blog, the city police strive to connect with the citizens for ensuring continuous improvement in their service and clarity in communication. The law enforces can be reached via phone / mail for grievance redressal.