Art and Culture in Davanagere

The history of Davanagere has brought with it a variety of religions and religious traditions to this city. The presence of various festivals and temple ceremonies highlight the role of culture in the life of the locals. This region has its typical language and costumes which can trace back their origins to the early 6th century. 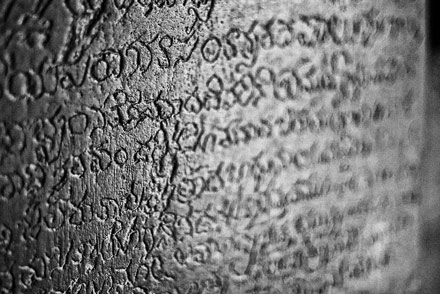 Kannada or Kanarese is the most popular language of this region and belongs to the Dravidian or the southern language family. It is also among the forty most spoken languages of the world with its speakers numbering to around forty million. Therefore, this language has been adopted as the official language of the state of Karnataka to aid administration. This language initiated by the Kadamba dynasty in the 5th century has been classified as a classical language of India. There exist about forty dialects of this language and the one popular in the region of Davanagere is Malenadu Kannada. The large educated population present in Davanagere has helped people adopt other languages popular in India such as English and Hindi.

There are various religious institutions and places of worship in Davanagere. These centres attract the locals with routine prayer ceremonies and other associated events. Honddada Circle and Azad Nagar are two areas of the City that have Churches and Mosques. 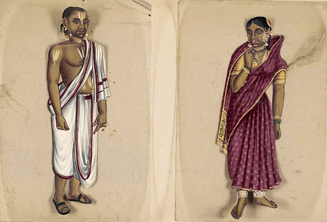 Davanagere having gained the title of being the "Manchester of Karnataka" owing to the quality of cotton and the growth of its textile industry, it is not surprising that it has its own characteristic sense of clothing. Sarees are preferred by the ladies of this region and a huge array of sarees ranging from design, colour to the material can be obtained here. The traditional attire for men is the dhoti or Lungi, a waist cloth worn like a sarong.

The architecture presently observed in Davanagere reflects its colourful past which is dotted by numerous rulers each with their own unique culture. These have resulted in a variety of majestic structures such as Hindu temples, tombs, shrines, lakes and ruins of ancient cities.

The earliest architectural signs and places of historic importance can be witnessed at the district of Davanagere and Shivamogga. These inscriptions dating back to the 5th century rulers of the Kadamba Dynasty are on display at the Kalleshvara temple in Bagali in the district of Davanagere. The Kadamba dynasty with its typical step wise pyramid like domes and perforated domes has been declared to be the earliest practitioners of the type of architecture associated with Karnataka.

The architectural styles of the Hoysala era are characterized by the intricate stone artistry comparable to the best designs observed on ivory or gold jewellery. Although this architectural style is loosely influenced by its predecessors it has been considered to reflect the opulence of the Hoysala rulers. The typical Hoysala designs can be seen at the Eshwara Temple in the district of Davanagere.

Festivals in and around Davanagere 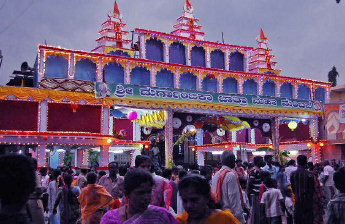 Like most cities in India, Davanagere also has a variety of festivals which are intimately connected to the religious beliefs and cultural practises. These festivities marked by colourful decorations, delicious food and traditional attire offer the tourist a glimpse into the lives of the locals. Some of the festivals worth participating in are listed below: