Davanagere is known as textile capital of South India and its geographical advantages has contributed a lot behind this accreditation of the city. Located on the Deccan plateau, the soil of this district is mostly of three types like black sandy soil, red soil with low to medium depth sand, and clay soil. The soil quality of this place is responsible for its cotton friendliness, which is one of the major contributions behind the cotton trade of the district.

Geographical position wise Davanagere is located at the center of Karnataka and that is why the district has captured influence of both north and south regions. Geo location of the district is the latitudes 13°5' and 14°50' N and between the longitudes 75°30' and 76°30' E. The district has total are 5,926 km2.

The geographical boundary of the district is quite significant for its political significance and industrial prosperity. At the north side of the place is Bellary District, Chikmagalur district at the southern side. Historically famous Chitradurga District is situated at the eastern boundary and Shivamogga district are found on the west edge of Davanagere district.

There are two main rivers flowing through the Davanagere district. These two are Tungabhadra and Surekerehalla. Mallappannagudda Hill houses the origin for the River Tungavadra. Siruvani Falls and the related dam is 37 miles west of Davangere and is quite captivating for its scenic beauty. 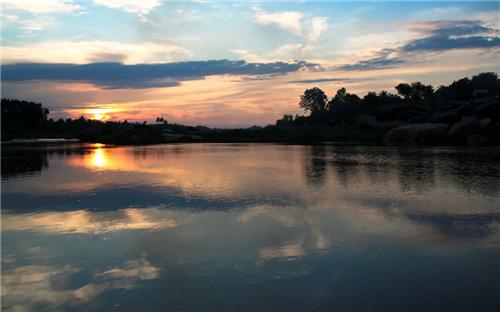 Davanagere is located at the heart of the state of Karnataka and mostly offers humid and monsoon type of climate for the entire district with little exception in its humidity scale. The area enjoys mainly three types of seasons like between March and June months Davanagere sees summer season; wintry season lasts here between December and February months, between July and September monsoon lasts. The period between October and November is the post monsoon phase in Davanagere however, during this time the district receives occasional rainfall. The temperature range during summer in Davanagere remains within 28 degree Celsius to 43 degree Celsius. In wintry season the range remains between 16 degree Celsius and 17 degree Celsius. The average rainfall of this place is 644mm.

There are multiple natural lakes in and around Davanagere; however, three of them deserve special mention for their functionality as a live water resource as well as for picturesque beauty of the sight. These three lakes are Kunduvada Kere, Santhi Sagar, and Kondaji Kere.

Kunduvada Kere is recently names as S. S. Mallikarjuna Sagara and it is one of the major drinking water supply resources of Davanagere. Spread on closely 253 acres of land this vast lake is utilized as the summer tank of this city. Besides its functionality, the lake offers excellent natural scenic beauty and it is one of the most popular picnic spot near to the city line. Kunduvada Kere is located on Pune-Bangalore NH4 bypass road near Kundwada village.

Santhi Sagar is the second largest natural lakes in Asia and locally it is named as Solekere. The lake offers a diameter of 45kms, bounded by lush green mountains and Bhadra canal flowing from one of its sides. The canal is interlinked with this lake and besides functioning as one of the prime water resources for drinking water supply, the water of this canal is used for irrigation also. Famous Siddheswara Temple is located at the hill top and the entire area is known for natural beauty. 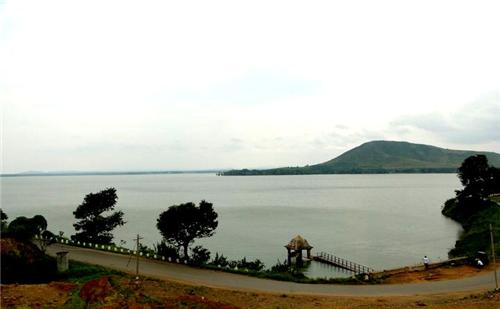 Kondajii Lake is a bit away from the downtown Davanagere. The lake is located at 16 km distance from the city and offers a spectacular view of landscape. The area has developed recently as a preferred place for migratory birds and some other rare birds’ dwelling place hence it has gained name as a bird watching point.

Flora and Fauna in Davanagere

Three types of forests are found in Davanagere;

Social forestry is taken up by forest department on the waste lands possessed by the Government.  The revenue land recognized by the department for expansion of social forestry is about 7000 hectares excluding the pastures and groove, the land held by persons, which would be obtainable for expansion forestry and waste land development activities with a long-term potential and the entire project length has been decided as 6500 – 6800 hectares in the district.

Davangere is one of the major resources of finding iron ore and manganese in Karnataka state; however, yearly productions of these two minerals are Iron Ore and Manganese 23350 MT and 6787MT, respectively. Apart from these two other minerals available here cement grade limestone, copper, asbestos, china clay, workable quartz are other minerals found in Davanagere.