Davanagere, typically spelt as Davangere, is an important city and an administrative centre of the district of Davanagere in the southern state of Karnataka. It has traditionally been a centre of commerce and education and has been categorized as the 6th biggest city in the state of Karnataka. It is also a much sought after tourist destination due to its good connectivity, animal sanctuaries and historical places. The history of this city is closely linked to that of the state of Karnataka and dates back to the 4th century. The chronology of the various empires that have led to the current city of Davanagere are briefly explained below. 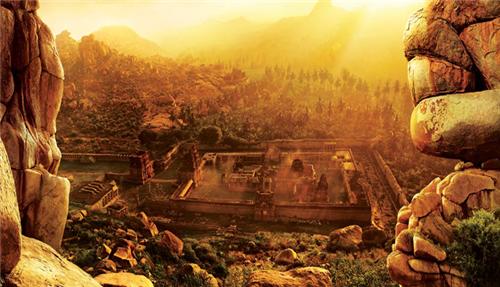 It is believed that the origin of the name of Davanagere lies in a legend of the times of the Chalukya kings. It is believed that once during their prolonged travels on horseback, they camped at this region and decided to form a lake or a water source to satisfy their thirst. Although there does not remain any evidence of a lake, this lake or Kere as its known locally became the title of this village. Davanagere literally stands for a "village of lakes".

Prior to the 4th century it is believed that the Mauryan Empire, a feared empire in the Iron Age with vast regions under its control, had influence over the region of Karnataka. This empire was succeeded by the Satavahanas and later by the Pallavas. It was only during the 5th century when the Kadamba dynasty exercised its control, the independent region of Karnataka came into existence with Kannada as its language.

A multitude of rulers gained power only to pass it on to other empires and by the 11th century Davanagere was under the influence of the Pandyas. These Tamil rulers were soon over thrown by the Hoysala kings who brought in a revival of architectural designs. These kings expanded their empire through much of the 12th century to be soon overthrown by the Muslim rulers in the 13th century.

In the early 17th Century Sultan Hyder Ali a Mughal ruler and his son Tipu Sultan cemented the stature of the city of Davanagere. This city, once an unnoticeable village on the outskirts of Bettur, was originally given as a jagir or a feudal land grant by Sultan Hyder Ali to a chief of the Marathas called Apoji Ram. Under Apoji Ram, this region attracted merchants and eventually grew under the graces of the ruler Tipu Sultan.

The fourth Anglo-Mysore war in the year of 1799 caused the death of Tipu Sultan and opened by the state to the British Empire. European firms then gained control over this region and initiated a cotton mill to take advantage of the surplus of locally produced cotton. This city was later designated as a municipality in the 1870s.

Post independence, in early January 2007, the city of Davanagere was designated as a corporation and led to its modernisation. More information on the administration of Davanagere can be found here.