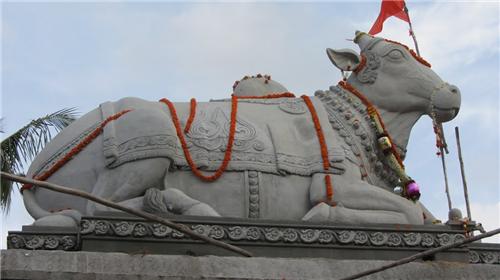 Anekonda is situated on the Davanagere Jaglur Road and gained its name from its role of a resting site for the royal elephants. It has been documented that this location was famous during the reign of Gandas, Uchangi, Pandyas, Chalukyas and Hoysalas when Betur was the capital. This region of Anekonda falls under the control of Tolahunise Gramapanchayat panchayat or the local governing unit appointed by the state government.

A day trip from Davnagere to Anekonda is absolutely recommended as it involves a range of tourist sites such as temples and lakes and other picnic spots. The following are a few sights worth including on your day trip from Davanagere.

The Ishwara temple located here is believed to be consecrated by the mythical figure - Jakanaachaari. It is very likely that this temple complex having started as small structure was expanded under the reign of the Uchhangi Pandyas during the twelfth century. The beautiful sculptures are mentioned to be the art work of a famous sculptor of these times who went with the name of Bamoji.

The simple panels with figurines and exquisite pillars are symbols of the Chalukya style of art. Very intricate carvings and cameos can be observed on the ceilings and pillars of these structures. A beautiful Nandi or Basava is housed on the shrine located opposite to this temple. The Nandi is a deity of the bull and is considered to be the lord of Joy - Nandikeshvara. He is also revered as the vehicle of lord Shiva and embodies absolute inner strength obtained through the control of violent tendencies and physical strength.

The last Monday of the period of Shravana welcomes a grand celebration called the Basaveshwara Karnika Utsava. During this period numerous local deities are brought to this temple as witnesses. This is a colourful festival with loads of ceremonies and traditional musical instruments.The ruler Vikramaditya VI is recorded to be the main patron of this temple having donated generously. This temple is currently being run by the Muzrai department and local committee of patrons.

Directions to this temple from Davangere, Karnataka

You should be able to view the Eshwara Temple at Anekonda. 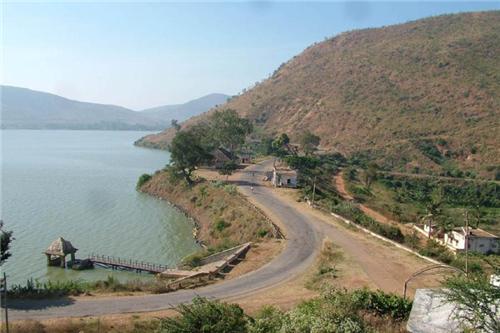 This picturesque lake is another popular picnic spot and lies on the left side of the Pune - Bangalore national highway four by the Kundawada village in the district of Davanagere. This recently renovated lake is spread across an area of 253 acres and has been visited by people of imminence such as Abdul Kalam.

This lake was recently renamed as the Mallikarjuna Sagar by the Davanagere municipal council.

Getting here from Davangere, Karnataka


There are a variety of hotels located in close proximity of travelling distance to this site. Some of which are mentioned below